Big family? No problem! This breakfast casserole is filling enough for the whole family. Your kids will be asking for seconds. 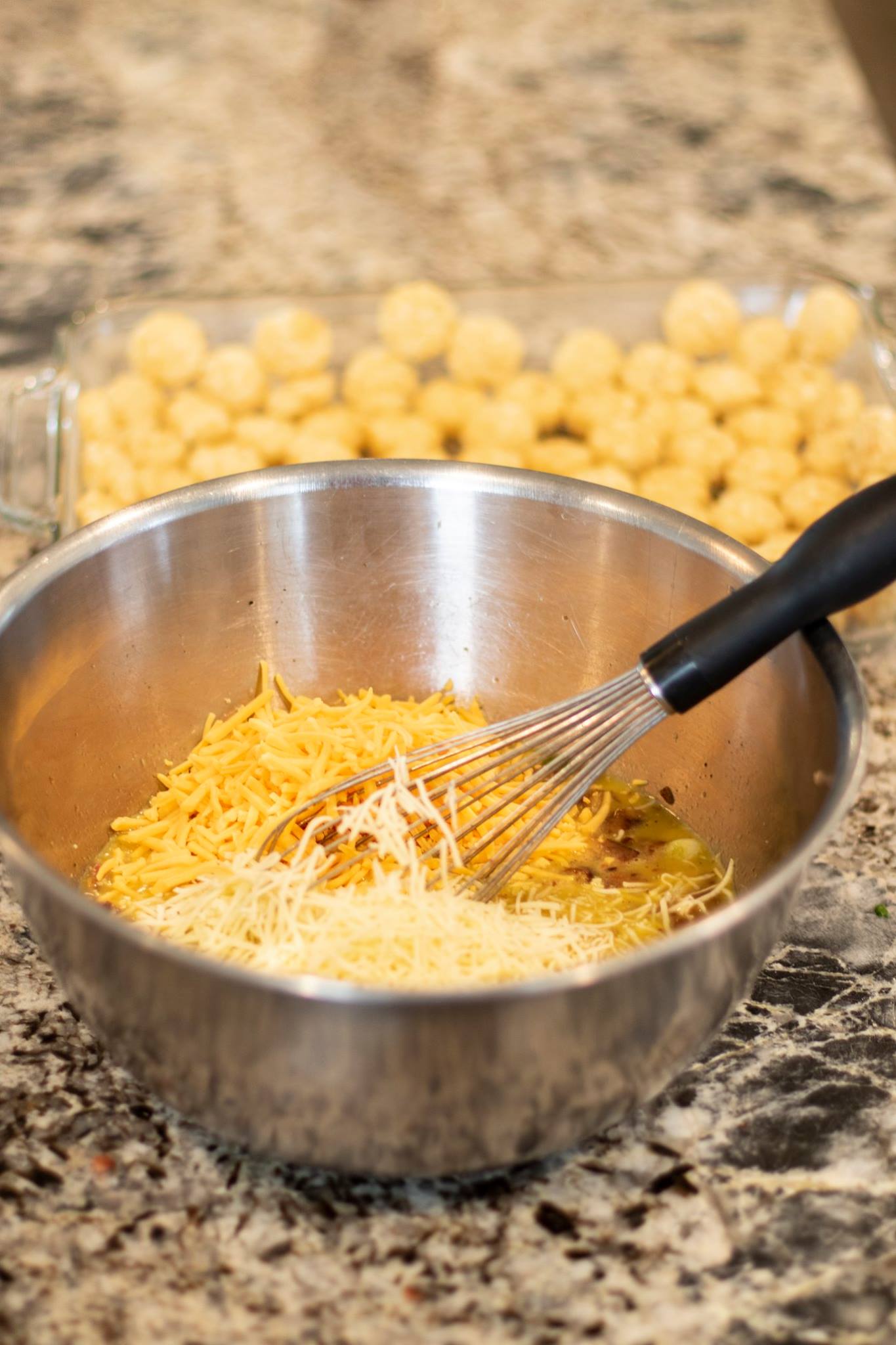 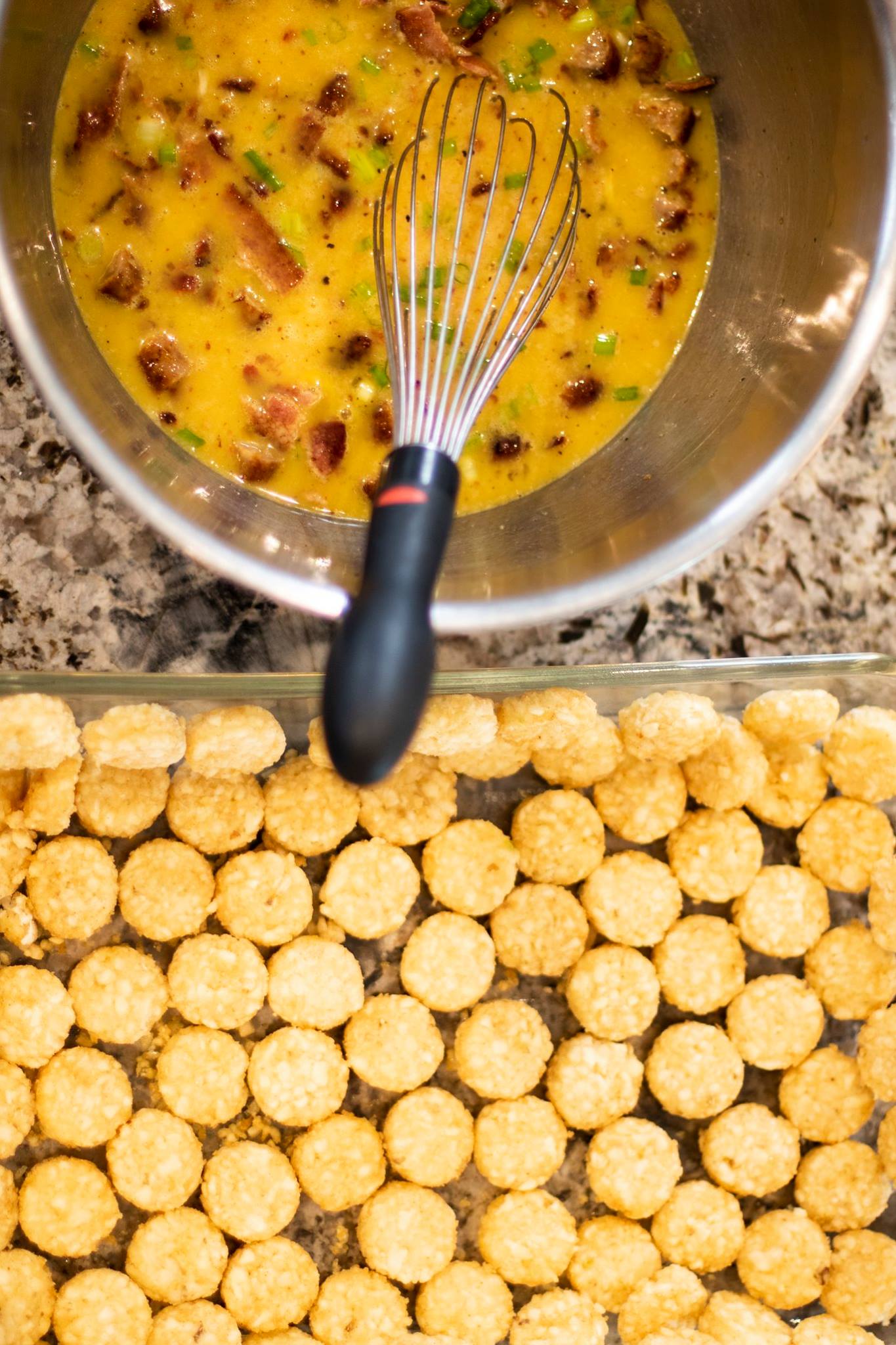 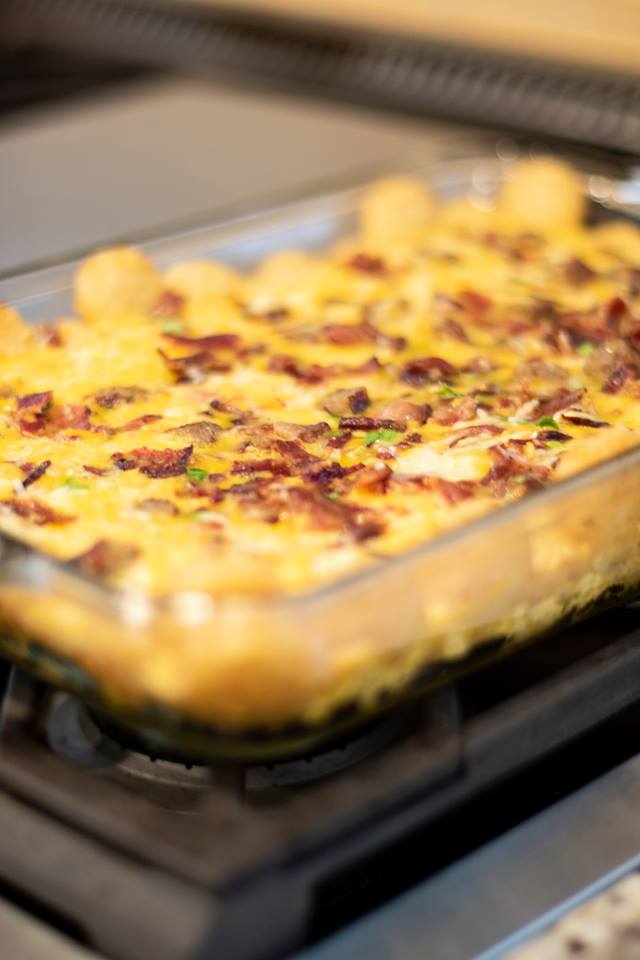 – Cook the sausage in a skillet until cooked through. Remove to a paper towel-lined plate and drain skillet of all fat. Slice into 1/2 inch pieces.

– Cook bacon in the same, defatted skillet until brown and crispy.

– Arrange Tater Tots in a single layer in the prepared baking dish.

– Bake in preheated oven until egg mixture is set and, 40-45 minutes.

– Sprinkle top evenly with remaining 1 cheddar cup cheese, pop back in the oven, about 5-7 minutes until the cheese is melted.

– Allow to stand 10 minutes before cutting. Sprinkle with remaining half crumbled bacon and green onions and serve.